Moving Auckland Since Ages Ago 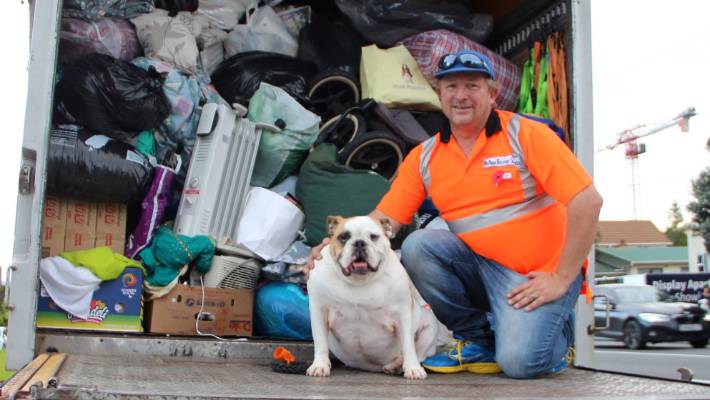 Marko Barber isn’t a stranger to helping those in need. The Aucklander helped with flood relief in Queensland in 2011 and is back at it helping the people of Edgecumbe.

Barber, owns a small delivery and removal truck company on Auckland’s North Shore and told the community if anyone had goods to donate to Edgecumbe, he would run a truck to the town.

“When the flooding happened, I decided we’re only small but we’d donate what we could to help,” Barber said.

Police from Otahuhu also contacted Barber to add goods donated at the station to his load. Barber sent one small load to Edgecumbe on April 21, driven by his 70-year-old father.

“They [Barber’s parents] had a lot of baby stuff in the back of the truck and they gave it to a young mum and said she was almost in tears.”

Barber and his wife Iien took a larger load to the Bay of Plenty town on April 22 and said before the drive that “seeing the devastation, we’re going to get an eye opener”. He also plans to make a third run at another date using trucks from his business, No Probs Delivery.

In early April, around 1600 people were evacuated from Edgecumbe after ex-tropical Cyclone Debbie washed through bursting a stopbank. Clean-up efforts are underway.

“I like to help the community we’re blessed to have our business so for us it’s about being able to help and give to a community in need. I’d hate to be in that position,” he said. Donations range from clothing and furniture to food and linen and were dropped at the Edgecumbe War Memorial Hall.

Marko Barber And Iien Barber are the founders of OfficeMoversAuckland and No-Probs Delivery Service, a North Shore based furniture moving company ,they started the business in April of 2015 with the aim of providing a comprehensive delivery service.

With over 30 years in the Furniture moving industry Marko has a vast range of experience having first started as an Offsider when he left school in 1985 trough to roles in Operations and Management in both New Zealand and Australia dealing with National and International movements.